Well, most of the them, at least.

(Start with chapter one, if you are new here.) 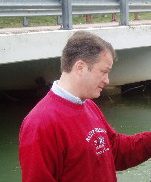 On our second Sunday at Boerne Christian Assembly, Doug and Beall Phillips introduced us to a special guest – Jennie Chancey. After the meeting of the church (the worship service), Doug invited Jennie Chancey to formally meet with all the women and talk to them about college. Jennie Chancey began relating why it was so evil for women and girls to go to college, especially outside the home. She related some of her own experiences at King College, where she received a BA in English, but in a way that was intended to warn others not to let their daughters attend institutes of higher learning. On her bio page, (since removed) very near the top, Jennie Chancey lists her educational qualifications for the business she runs out of her home. I guess that degree wasn’t so bad after all!

I was bold enough to ask the obvious: “What do unwed young ladies do all day?” Jennie’s answer, and the answer of every young lady in that congregation was, “Serve her father.” Some had family businesses and that was a great answer. They were working hard all day, learning skills, and helping the family to earn a living. But I know many that don’t fall into that category. Don’t get me wrong, nearly all the young ladies at Boerne Christian Assembly are wonderful young ladies, and would make great stay-at-home wives. But are they prepared to homeschool sons someday? How are their sons going to learn to do great things for the Lord if the moms aren’t educated enough to be able to teach them?

Beall Phillips also has a bachelor’s degree in education from William and Mary College, where she met Doug. From there, she attended law school classes with Doug Phillips at George Mason. I understand she did quite well. I asked her once if she ever regretted her higher education and she said that God can use every experience we have in life. I am grateful for my degree and am currently studying (dare I say it?) to be a naturopath. Doug did tell me once that I would make a great lawyer; maybe I’ll take him up on that suggestion as well!

Several months later, we had another guest, Jeff Pollard, come to speak to us about his new book, “The Public Undressing of America.” Since I was very new to the study of modesty, I asked Doug Phillips if the women of the church could meet together after the service to discuss the practicalities of the sermon and how it related directly to us. Doug’s terse answer was, “That would not be biblical. Women are to be silent in the church.” As some of you may have guessed by now, I wasn’t satisfied with that answer, so I reminded him that it was going to be after the service, like Jennie Chancey had done earlier. But, no dice.

(Some of these stories will be repeats for those who have read Ministry Watchman, but I want to put it all together in one place, so bear with me as I retell my whole story.)

Boerne Christian Assembly tends to have some extreme views regarding what it means for women to be silent in the church. I’ve had several occasions where I wished I could introduce visitors who were friends or family. When my mom came to visit once, and my husband was out of town on business, another man tried to introduce her to the congregation, except that he didn’t know who she was. He couldn’t ask her, because women are to be silent in the church. Flustered, he finally introduced her as “Jen’s mother.”

A similar situation happened when my dad came from Scotland, and since he was wearing a kilt, and one of the men tried to introduce him as one of the Scottish Covenanters. My father used to be a Baptist pastor before he turned atheist, and he knows both church history and Scottish history extremely well, so he was not at all pleased by that label.

On another occasion, I had some friends come to visit. Although I was friends with the whole family, but Mark had never met them. Mark was there that day, however, so he introduced them (leaning over to ask me their names). Afterward, the husband (friend) told me how uncomfortable he was when Mark introduced them and he didn’t even know them.

Prayer requests are also a time for women to be silent in Boerne Christian Assembly. This was a major chunk of the service, sometimes lasting up to an hour. The men give all the prayer requests. If my husband wasn’t there, my son could give it, even though he wasn’t old enough to take communion. If you don’t have a husband or a son there, you can write it out and give it to another man to read to the whole congregation. After a few attempts at that, I finally just gave up and would tell my friends about my prayer request privately. It wasn’t worth the humiliation.

Join me tomorrow for the first Kangaroo Court.

(For a humorous version of this episode, watch this video.)


What do you think? Cancel reply